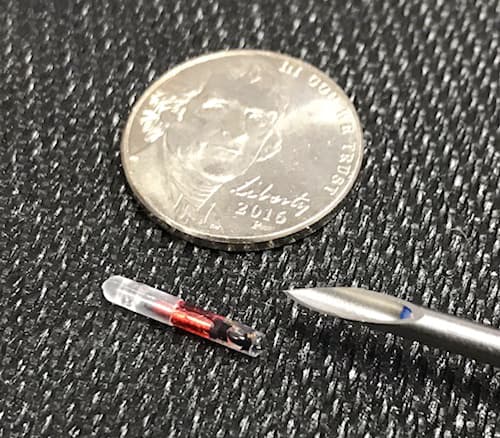 Thirty years ago there were few options to clearly identify your pet. A collar and tag with your pet’s name and the owner’s phone number was pretty common, but tags and collars can come off or be removed. A tattoo on a dog’s inner ear could be used to prove it’s your dog but there was no way to track down the owner of a lost pet with that.

Years ago, I had a client who had his old Army serial number tattooed on his dog’s inner ear. He could potentially use that number to prove that it was his dog but few people would have figured out what the number was or be able to find the owner with it.

What is a Microchip?

It is important to know that the microchip cannot be used to track your pet if it runs off. It does not have a GPS on it!

What Animals Can be Microchipped?

Dogs and cats are the most common animals to be microchipped but most animals can have a microchip implanted. In addition to dogs, we have implanted microchips into ferrets, birds, rabbits, hedgehogs and some reptiles.

We recommend microchips in addition to a name tag on the collar because the microchip can’t fall off, making the return of your animal companion more likely. Though we most commonly do it when animals are spayed or neutered, a microchip can be implanted at any time.