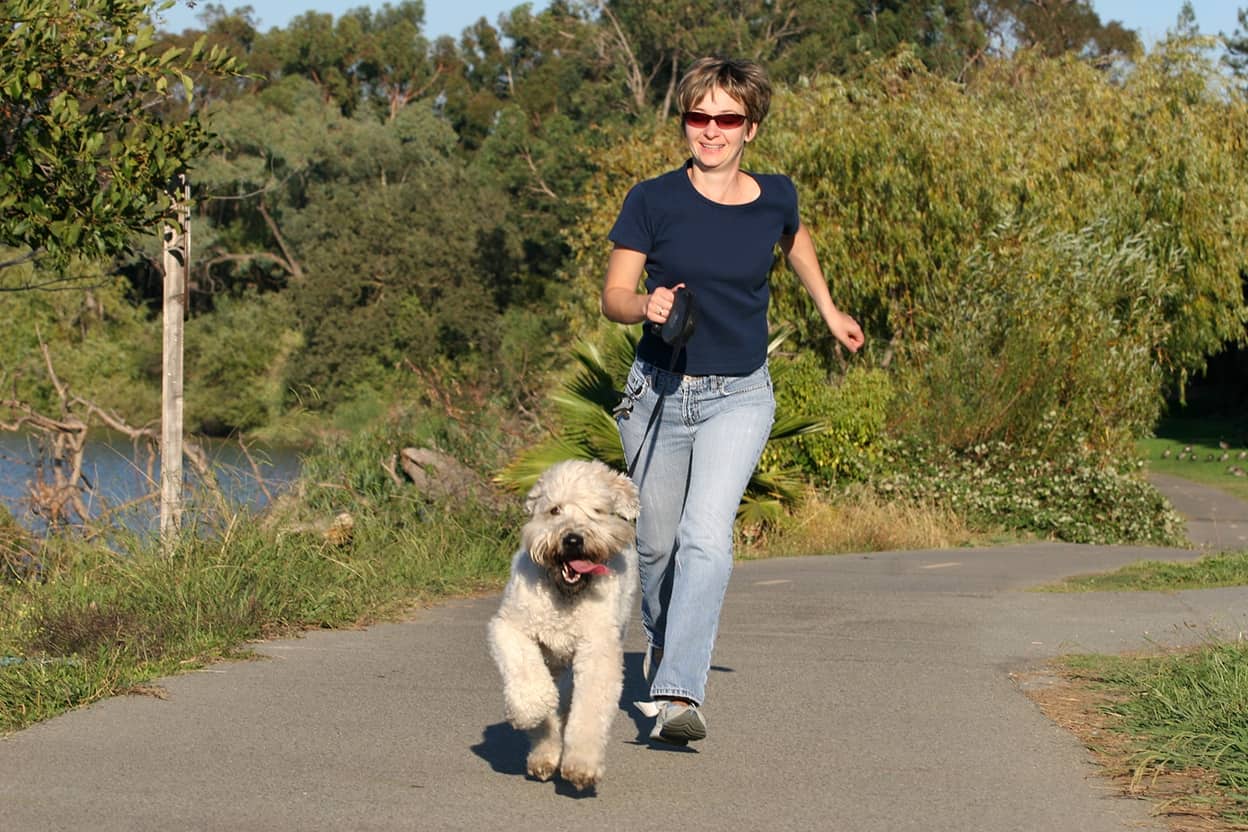 If you take your pet to the veterinarian when they are not feeling well, you are commonly asked questions about why you came in that day. You will be asked when you first noticed the problem, how long it has been going on, how frequently it occurs, etc.

Sometimes there can be a lot of questions.  Maybe it was an itchy ear or a gastro-intestinal issue or any other problem that made you bring little Fluffy or Spike to the doctor that day.

Those questions you get asked by the veterinarian are what we call the “History.” It is the first step and a vital part of the process of finding out what is causing the problem and then trying to come up with a plan to fix that problem. We know you are there because you want to help your pet feel better. We want that too.

You Are Your Animal’s Voice

When you bring an animal to the veterinarian, your pet can’t tell you or the doctor when they first felt the problem or how frequently it bothers them. They can’t tell you when they feel bad or how bad they really feel, so it is up to you to watch for signs of trouble. It is up to you, the animal caretaker, to answer those questions as well as you can. You are your animal’s voice.

Many years ago, I walked into an exam room and found a small poodle sitting on the exam table, quivering, and a gentleman sitting in a chair 6 feet from the dog with his arms folded over his chest. I introduced myself and asked him what was going on with the dog.

His answer made me realize immediately that this was not going to be an easy case. He said, “Well Doc, I brought him here so you could tell me what was wrong.” “Has he been vomiting or had diarrhea?” I asked. “I’m not really sure,” he said, “It’s my wife’s dog and she told me that he was sick and that I needed to take him to the vet.”

Your Pet’s Primary Caretaker Should be in Attendance

Almost every question I asked him he would answer the same way, “It’s my wife’s dog, so I don’t really know.” When I asked if his dog had diarrhea, he very quickly said, “No.” I thought it was odd that he knew nothing else, but he knew that the dog didn’t have diarrhea.

My next question was to see if he really knew. “Does this little guy go outside by himself or do you walk him?” He said, “Oh, he has a doggie door and let’s himself outside.” Then I realized that, in reality, he only knew that the dog had not had an accident in the house. He really didn’t know what the dog did outside.

To make a long story short, he knew nothing about what was wrong with the dog, how long it had been a problem or anything else about the dog, other than the dog’s age. He wasn’t really sure if the dog had been spayed or not, because it was “His wife’s dog.”

Having nothing to go on, I had little choice but to start running multiple tests to try to find out what the problem was and then to try to fix it. I did several blood tests, a urinalysis, fecal parasite check and took X-rays. Needless to say he had a hefty bill when all was said and done, all because the owner couldn’t tell me anything about the dog’s condition.

The more information you can give your veterinarian about what has been going on with your pet, the greater the chances of finding the cause of the problem and then trying to fix it.

Pay Attention to Changes in Your Pet’s Behavior

So, what can you, the animal caretaker, do to help in this process? Actually, it’s very simply. Just pay attention!

I often recommend writing things down, whether it is on a pad, a little notebook or in your smartphone. I have some clients that keep a little calendar book for each pet they have to keep everything straight. Write down what you saw and when you saw it.

Also, keep track of any new treats, new toys and even when you start a new bag of food. Sometimes using your phone to take a video of what you see can also be helpful, though it doesn’t always help.

A few years ago, I had a dog come in that was passing a lot of blood. He had blood in his urine, his stool and was vomiting blood. The dog had been fine a day or two before this happened and the owner didn’t think the dog could have gotten into anything. Now was suddenly in a life-threatening situation.

I asked the owner if they had any rat poison around the house and then said that they didn’t, but I started to treat the dog, a corgi, for rat poison ingestion just in case he found any someplace the owner didn’t know of.

The following day, I started to see the dog’s condition improving. I knew that the owner had recently had major surgery so I asked him about the medication he was taking. He brought me the list of medications he was taking. I looked at all the bottles he brought me and saw what might have been the cause. He was on Coumadin, an anticoagulant commonly used then to reduce the risk of blood clots.

Most likely, the owner had dropped one of his pills and the dog found it. That 35-pound dog got a dose made for a 150-pound man. The dog pulled through and was able to go home in a few days to finish his treatment there.

Keep a list of any medications you are on just in case your pet ingests a pill that was accidentally dropped.

We May Need to Ask Uncomfortable Questions

Sometimes we need to ask questions that may not be comfortable to ask or answer. This can especially be a sensitive topic when there are teenagers in the house.

I saw a dog at an emergency clinic twenty years ago that came in for suddenly becoming very hyper-excited. Normally it was a pretty calm dog but now was “bouncing off the walls” according to the owner. This drastic change in behavior alarmed the dog’s owner so they came to the emergency clinic.

I asked them when it started and if they thought the dog could have gotten into anything, but they couldn’t come up with anything. I asked about medications any of the humans in the house might be taking. When I asked about other people in the house, they mentioned a teenage daughter. Knowing that teenagers hide things from their parents as I was once a teenager, I suggested as tactfully as I could, that they look through their daughter’s room.

They called me a few hours later and told me they found caffeine pills hidden in their daughter’s room and that one container looked like the dog had chewed on it. When they asked her about them, she said she used them so she could study longer. She wanted to get into college and was trying to get really good grades.

What is Your Pet Eating?

Even changes in the food you feed your pet or a new treat can help bring us a little closer to the answer. I had a client several years ago that brought me a very sick little parrot. Nothing the owner told me sounded out of place. I admitted the little bird and gave it fluids and antibiotics and kept it in a nice warm incubator. Within 12 hours the bird had died.

I spent twenty minutes talking with the owner about the bird’s cage, where in the house it was, toys in the cage and what she fed the bird. Everything seemed fine. Then I asked if she had given anything different than before. She mentioned that she had given a little piece of avocado to the bird two days before she brought it in.

My heart sank. I had to tell her that avocado is deadly to birds and that is what most likely caused the birds death. Unfortunately, even if she had told me of the avocado when she brought the bird in, it was already too late.

Remember, They’re Counting on You! 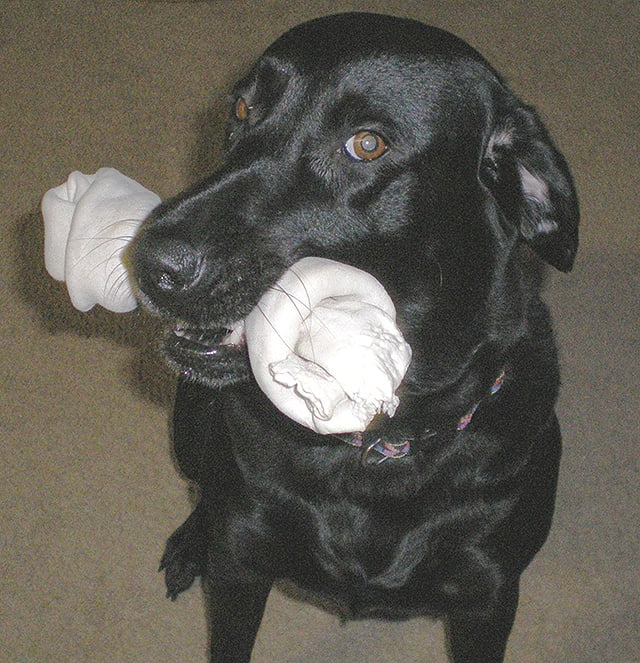 These stories are all to help make a point. Because your pet can’t tell us what they feel, when they started feeling sick, and how bad it is, it is up to you to watch for signs of trouble.

The more information you can bring with you to the veterinarian when your animal companion is not feeling well, the better our chances of finding out what the problem is and then to try to fix it.

Some problems are not easy to fix and some, unfortunately, are not fixable, but a little bit of time, being observant and keeping track of things you observe can save you time, frustration, some money and maybe even your animal’s life. You are your animal’s voice.